Get a taste of hospitality
The Distillery Restaurant (two-storey) is housed in the building of the old distillery. The industrial decor of the interiors combines modern elements with old machines and alcohol-distilling equipment. On the first floor, there is a cosy restaurant with an English pub climate together with a fireplace and stylish furniture. 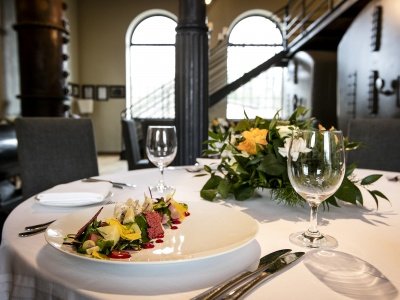 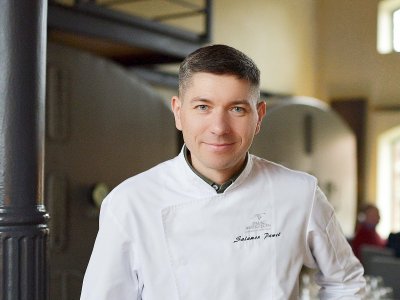 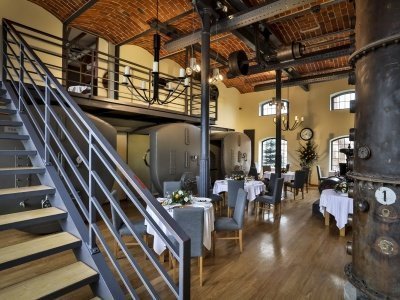 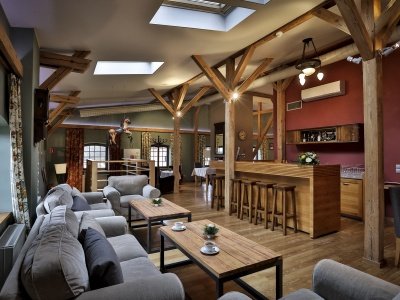 The Head Chef of Mierzęcin Palace – Dawid Łągowski – under his direction the Distillery Restaurant received numerous awards and recommendations, among others, a recommendation from Slow Food Poland and two hats in the Gault et Millau 2016 guidebook. The chef eagerly uses the generosity of the surrounding nature as well as high-quality regional products. Skilful combination of the dishes with wine and grapes became the calling card of his cuisine.

The menu is based on an abundance of seasonal fruit and vegetables, herbs and vegetables grown by us, fish from nearby lakes, game meat and mushrooms. Drawing from the main foundations of Slow Food, the majority of products used in the composition of dishes comes from local suppliers.

The Mierzęcin Palace Vineyard – one of the biggest in the country – neighbouring the restaurants has an influence on the concept of the place. A wide range of self-made wines, which won awards in Poland and abroad, perfectly accentuates the taste of the dishes.

SLOW FOOD RECOMMENDATION 2015 – respect for the local culinary tradition, our own crop and close cooperation with the local suppliers was appreciated by the Slow Food Poland organization by awarding the Distillery Restaurant the first recommendation the Lubuskie province.

Hermes 2013 and the title of THE BEST RESTAURANT IN THE REGION granted by Restaurateur Weekly.